The Faculty has eight honorary officers. They provide strategic leadership and act as ambassadors to promote and develop the work of FPH. The President and Vice President are elected by the membership. All other officers are elected by the Board. The officers serve a three-year term of office and, all but the President, are eligible to stand for re-election for a second term of two years. 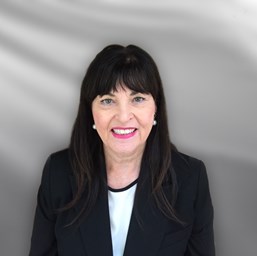 Maggie is head of school and public health transformation at Health Education England, South West region, consultant in healthcare public health at Public Health England’s South West Centre and visiting professor at the University of the West of England. Her personal research interests include health inequalities, sustainability and the impacts of the wider determinants of health. She is also passionate about education and training and sees this as a key element of FPH’s responsibilities.

John was a regional director of public health for five years, and has also been a director of research and development in NHS trusts and chief executive of the charity UK Biobank. He is currently director of health improvement at Public Health England and brings considerable experience of strategic leadership, management and communication to the role of FPH vice president.

Giri is deputy regional director for Public Health England’s Midlands and East region, a post he has held since 2013. He is also the region’s professional appraisal lead. He has worked as both a DPH and deputy RDPH and has served FPH as an examiner and faculty adviser. Giri brings experience of working in both large and small organisations and in supporting colleagues cope with the winds of change that batter the health and care system on a regular basis.

He became a consultant in 1983 in South Manchester and became head of the department later that decade. Thereafter he was employed as a director of public health for a number of authorities in North West England. He developed an interest in screening programmes, helping to set up the NHS Breast Screening Programme. For over a decade he combined being a DPH with the post of North West Region Director of Breast Screening Quality Assurance.

In 2010 he moved to London and worked as a DPH for two councils until semi-retirement in 2014. He now carries out mentoring, public health consultancy, public health lecturing and research roles in addition to his FPH duties.

David is a public health consultant at Public Health England and Head of School of Public Health in North East England. He entered public health in 1991 following work in general medicine and overseas. He trained in the south of England and moved to the north as a clinical lecturer. He has worked in a wide range of settings including academia, health authorities, as a director of public health in a primary care trust, a public health observatory, a local authority and now Public Health England. Education and training has always been at the heart of his work and in the North East he has been a clinical and educational supervisor, faculty adviser, training programme director and is currently head of school. 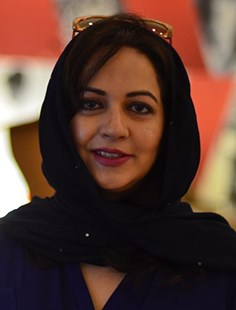 Samia trained in public health in the UK and is currently working as a consultant of communicable disease control (CCDC) at Public Health England in the East Midlands. She is also the Associate Caldicott Guardian for PHE East Midlands, the health protection team’s migrant health and air quality lead.

Samia is a member of the UK Faculty of Public Health’s Global Health Committee and a member of the Faculty’s Special Interest Groups on Pakistan and Global Violence Prevention. She sits on the East Midlands NHSE Clinical Senate Assembly and has been involved in regional reviews of healthcare services. Samia is a GMC appraiser, an educational supervisor and an accredited mentor in healthcare.

Neil brings many years of experience working internationally to his role as International Registrar and chair of the Global Health Committee. Following training in the North West Region, he was appointed as a consultant in public health in Liverpool, before making the shift to work on global health with the Department for International Development (DFID).

With experience working in leprosy control in India, and two years spent working as a District Health Officer in Malawi, prior to training in public health, Neil’s roles in DFID built on this experience. These roles included Senior Regional Adviser for West and North Africa, and DFID Africa Regional Departments, two years managing the DFID health and education programmes in Bangladesh, three years working for the European Commission and four years as Senior Health Adviser in Mozambique. Neil returned from Mozambique to become the Head of Profession for Health at DFID, a post he held for three years, before joining Public Health England as Deputy Director Workforce for the North of England.

Neil is currently the Director of Global Public Health at Public Health England, a role which he hopes will allow him to continue to draw upon the global health skills and competencies of FPH’s membership and to expand the role of the Faculty internationally. A key priority for Neil is to support the development of the Faculty’s special interest groups (SIGs) working in global health, with the SIGs playing an increasingly important role engaging members in transformative work as our global profile expands.

Sally has 25 years' experience of working in senior public health leadership roles in both a commissioning and provider environment. She now utilises her public health skills as the chair of the South West Clinical Senate and as the Responsible Officer for NHS Resolution, giving her access to networks at both a regional and national level.

As a past Local Board Member, Faculty Adviser and contributor to a number of the Faculty’s working groups, Sally has a good understanding of how the Faculty works and the particular challenges of reconciling the expectations of the membership with the resources we have available.